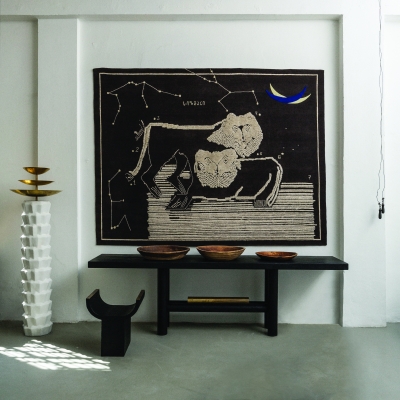 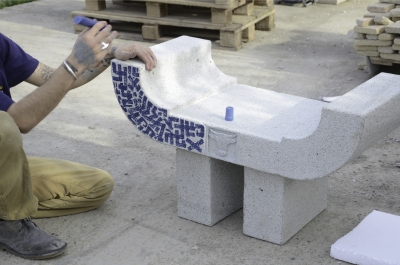 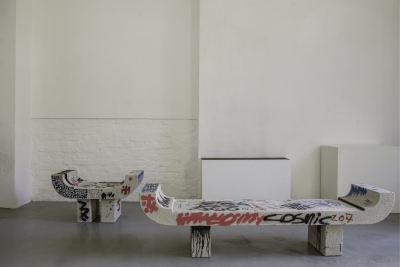 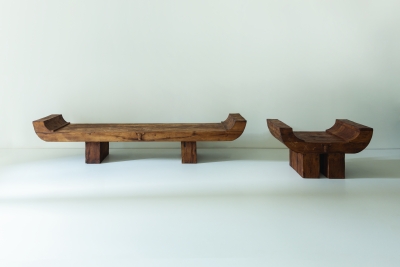 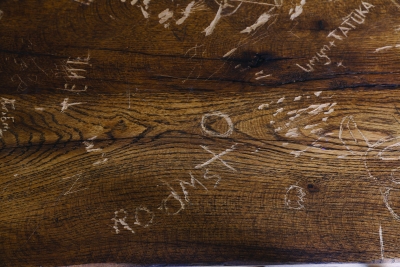 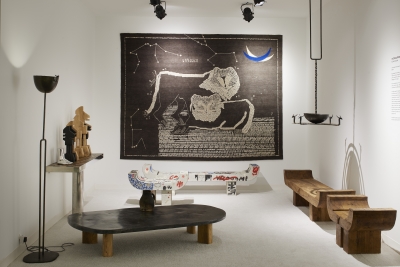 In Circulation, Lions at Night / Rooms Studio in collaboration with cc-tapis / 2018 / Courtesy of Rooms Studio

The Soviet regime collapsed when Rooms Studio artists Nata Janberidze and Keti Toloraia were in fourth grade, and the idea of freedom was born. Privacy and personal belonging—a basic concept for most—was difficult to comprehend for a child raised in a Socialist country. At school, one could find knife-carved desks and chairs as well as benches in public spaces with names and messages rigidly scratched in them.

This image was deeply embedded in the memories of both artists and informed In Circulation, which explores the visual appeal of these historic objects as well as the reasons behind such mark making. Perhaps the desire to perform an act of destruction was a hidden protest against a system in which individuals owned nothing. Or maybe leaving a personal mark was motivated by the desire to privatize something when everything was public.

With In Circulation, Rooms Studio gives a second life to iconic public benches from the Soviet era while recreating this personal act. There are two bus stop benches featured, one composed of reclaimed wood that visitors interact with on-site by carving their own names and messages, and one made of stone that was created in collaboration with Georgian hip-hop and visual artist Max Machaidze.

Continuing with the theme of replicating and developing knife-carving techniques, Rooms Studio has delved deeper into their Georgian roots to explore old ethnic decorative objects, which became the inspiration for the Iron Chandelier, Stone Carved Coffee Table, and Lions at Night Rug (in collaboration with cc-tapis), all part of this installation.