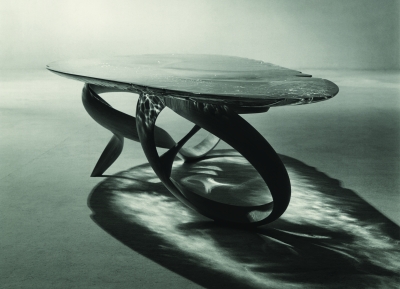 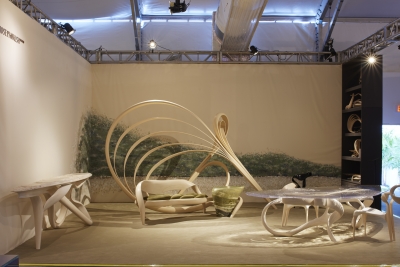 The installation created by Joseph Walsh for Design Miami/ is made in response to the fair’s yearlong theme of Elements. Both functional and sculptural works, without an obvious definition between, are expressed in Joseph Walsh Studio’s distinct sculptural vocabulary. The installation looks at design and the mastery of individual pieces while thinking about the composition of works and the atmosphere they create as a collective. Composed of works from the Enignum series in ash, the Lumenoria series in ash and cast resin, and the Eximon series in green marble from Connemara, Ireland, the exhibition represents an ambition to advance material science through an innovative pursuit of research and development that enables new forms and compositions.

Joseph Walsh founded his studio in 1999, and in the years since his work has become recognised for its distinctive form both in design and sculpture, his sensitivity to materials, and the studio's reputation for advancing contemporary design and making. Joseph Walsh's works are in private and museum collections around the globe, including the Centre Pompidou in Paris; Cooper Hewitt Smithsonian Design Museum and the Metropolitan Museum of Art, New York and the National Museum of Ireland, Dublin.