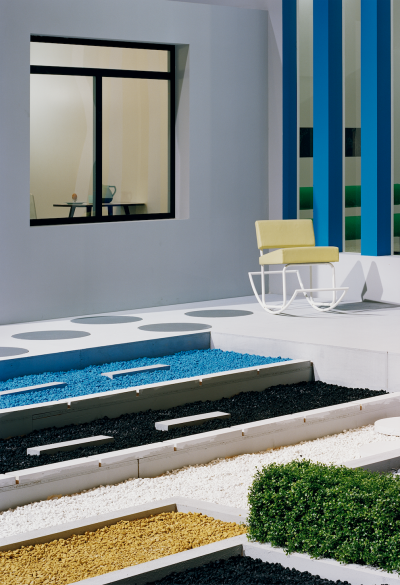 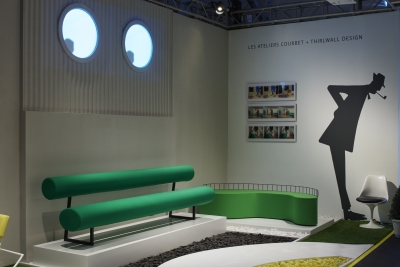 Presented in collaboration with Thirlwall Design, Please Be Seated is a capsule installation offering a glimpse at French filmmaker Jacques Tati’s humorous satire on modern design, lifestyle, and consumerism as portrayed in his acclaimed 1958 film Mon Oncle (My Uncle). The installation introduces to the United States the sole edition of Tati designs ever made, produced by esteemed design studio Domeau & Pérès in collaboration with Jacques Tati’s Estate “Les Films de Mon Oncle.”

The French master craftsmen and design publishers Domeau & Pérès pay homage to Tati’s visionary designs and whims with a limited edition of three visually appealing and completely impractical seats. The Tati Collection has been exhibited in European museums and institutions since its 2007, unveiling in Paris with a full-scale reproduction of Mon Oncle’s Villa Arpel and was also included in the French Pavilion of the 2014 Venice Architecture Biennale. Today the three seats belong to significant collections—both private and public—including that of Le Musée des Arts Décoratifs in Paris.

In Mon Oncle, Tati shares his questioning of and satirical perspective on modernism and modern design through the misadventure of his iconic character, the candid and clumsy Monsieur Hulot. Certainly visionary at the time, Tati’s work and ideas feel as relevant in Hulot’s 1950s as they are today.